Haruhi Kumazawa, Personal Information Protection Commissioner for Japan stated: “This adequacy decision creates the world’s largest area of safe data flows. Europeans’ data will benefit from high privacy standards when their data is transferred to Japan. Our companies will also benefit from a privileged access to a 127 million consumers’ market. Investing in privacy pays off; this arrangement will serve as an example for future partnerships in this key area and help setting global standards.”

Japan joins the small list of approved countries, which includes Canada, Israel, Switzerland and the US ‘Privacy Shield’ compliant companies.

This is particularly good news for UK subsidiaries with Japanese parent companies, as there is no longer any need for standard form contracts to be in place if HR or other personal data is transferred to the Japanese head office. 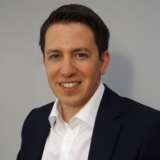 I am a disputes lawyer who acts in a wide range of complex, cross border and high-value cases in bot...