Will Brexit affect the validity of a contractual English law clause?

The national law, which governs a commercial contract and will be applied in the event that parties end up in a dispute over their obligations, is currently determined under the ...

The national law, which governs a commercial contract and will be applied in the event that parties end up in a dispute over their obligations, is currently determined under the rules of the Regulation (EC) No 593/2008. Known as the Rome I Regulation, its rules stipulate that the courts of all EU member states will recognise and enforce whatever the commercial parties have agreed in respect of applicable laws. It is not uncommon that contract litigation pending in an English court will be decided in line with the rules of foreign laws, if that is what the parties have agreed. Most international trade contracts will contain a series of clauses. Will the existing options be affected by Brexit, and how will Brexit impact on future contracts?

Fortunately, this is one of the few areas which can be predicted with relative certainty no matter how Brexit will be implemented – the remaining EU countries will continue to apply the Rome I Regulation. The Regulation does not require reciprocity and parties are not restricted to choosing a law from an EU member state. The validity of an existing choice of English law will therefore continue to be recognised throughout the remaining EU territories and there will be no restrictions on incorporating English law into future contracts.

In the event that the draft Withdrawal Agreement is approved by Parliament, the UK would continue to adhere to the Rome I Regulation until the end of the transition period. What is unclear is what, if anything, will replace the Regulation in the UK in the event of a hard Brexit or after the transition has ended.

One possibility is that the UK becomes a member of the Rome Convention which is effectively the predecessor of the Rome I Regulation. In the absence of a new or revived international treaty, the English courts would fall back on the rules of the domestic conflict of laws. Although these domestic rules are not identical to the provisions of Rome I and the Convention, English domestic law also recognises the autonomy of commercial parties to decide which national rules shall govern their relationship. Provided that the parties have clearly expressed their intentions – and subject to overriding mandatory rules and public policy limitations – English courts will therefore also continue to give effect to a mutually agreed foreign law. 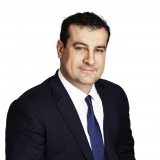 I specialise in providing advice on corporate and commercial transactions including on mergers, acqu... 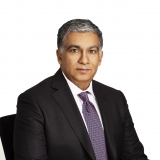 I am an experienced corporate lawyer with over 32 years’ experience acting for clients ranging from ...